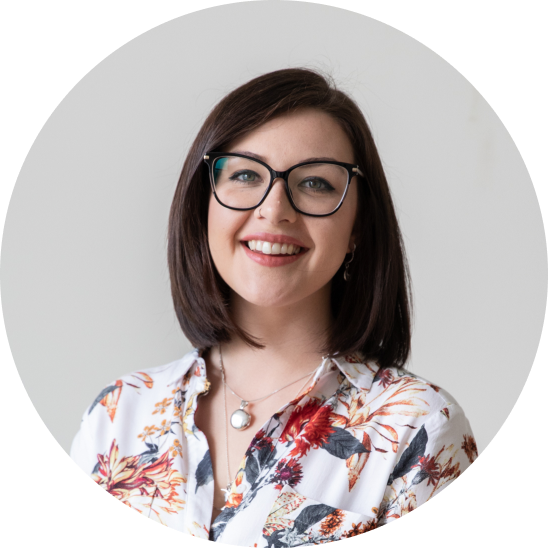 Haystack’s data also provides insights on the most lucrative and in-demand skills, alongside the most common technologies. Including where the gaps in supply and demand in the industry are, and predictions for the future. We also take a deeper look at why software developers are changing jobs, and when the most popular time to do it is.

Money is a taboo subject that generally, people are uncomfortable talking about it. Whether that's personal finances, salaries or debts - as a society we tend to hide this information and not discuss it with family, friends, or colleagues. This perpetuates financial illiteracy and can have ongoing negative impacts on our own attitudes, and how we go about these conversations. In this report, we’ll take a look at average salary bands for roles, compared to the expected salary for those roles.

In the software industry at the moment there is a real focus for companies to put emphasis on diversity, equity, and inclusion. In 2022, there is still a gender pay gap, and on average women are paid 90p for every £1 earned by a man. There are pay discrepancies in every industry, however, in tech in 2020 women were on average offered 2.5 percent less than their male counterparts when applying for the same job at the same company.

As well as analysing our database of over 30,000 users and employers to reveal differences in salary expectations, we have also analysed which tech skills, such as cassandra and fastlane, will boost techie’s salaries the most by looking at the demand and supply.

Are you meeting expectations?

Money isn’t the be-all and end-all of a job. But jobs with salaries get 5.2x more engagement on Haystack than those that state ‘competitive’. On the other hand, having a salary listed that is way below expectations can also yield poor engagement. We recently analysed over 8,000 jobs across the tech industry to compare the expected salaries compared to the salary bands advertised for a role.

What we can glean from this information is that despite being so in demand, techies, in general, are still undervaluing themselves when it comes to their roles. Generally, companies will always have a band allocated for a role and of course, they don’t want to pay more than necessary - but paying employees fairly and what they deserve is part of the culture of transparency and fairness, meaning you’re actively working towards keeping employees happy.

It’s important to note that only 12% of roles on Haystack have salaries listed with them, some being a static amount and some advertising a band. Unfortunately, the overwhelming majority of companies don’t advertise salaries with roles. Which is a shame as over 92% of Haystack’s users state that this is important and they’d like to see it within job adverts. It could be turning a huge amount of techies away from your company. It’s not just the salary, but it says something about your company and the culture you have.

The table above clearly shows the difference between those roles that are in London and those outside of London. The salary ranges for tech jobs in London are (unsurprisingly) much higher than in other areas. One of the most significant salary differences is for mobile engineers at the top seniority level. In London, the average salary is advertised at £77-101k, compared to outside of London, which ranges from £50-68k. Mobile engineers are also valuing themselves less than they should be - with average expected salaries for leaders at £72k in London, compared to the advertised £77-101k. Similar in roles for mid seniority, where they are expecting around £50k, and roles are advertised at £66-80k.

Generally, if a company or recruiter asks an individual for their previous salary - it’s a huge red flag. Come prepared to discuss salary as one of the first discussion points, and provide a band that aligns with the role and experience requirements. Don’t fall victim to wasting time in the hiring process by speaking to individuals that are way too expensive.

The most lucrative technologies

We analysed over 5,000 jobs on Haystack and took a deeper look into the top 5 roles with over 10 jobs listed with the highest average salaries. It’s no surprise that niche technologies demand a high salary, as seen in the table below.

Apache cassandra is an opensource application database that focuses on performance, speed and scalability. Big tech companies like Facebook, Instagram and Netflix are all using this technology for its features. With less than 1% of Haystack’s users naming this as a technology, the high salaries are partly derived from a lack of resources.

Istio was developed on top of Kubernetes, in order to complement the technology. Istio was launched in 2017 by Google, IBM and Lyft and enhances traffic management, observability and security for cloud-native applications.

Scala was designed with the goal of being a better language than Java, and because of this, the language itself is a lot more difficult to learn than the alternatives, like Kotlin. Just 2% of Haystack’s users have Scala listed as a technology, compared to 4% of users who use Kotlin.

Fastlane on the other hand is a technology used in mobile development. It aims to simplify Android and iOS deployment. Heroku is a cloud application platform, which originally only supported Ruby but now also works with Java, Node.js, Scala, Python, PHP, Go and Clojure. It is used to deploy, manage and scale apps.

Unless more techies upskill in these technologies, the salaries will continue to rise. It’s basic economics with supply and demand. That’s one of the reasons why Haystack exists. These software developers are constantly bombarded by recruiters because their skills are so sought after. As a result, they’re turning away from traditional platforms like LinkedIn. Haystack offers a safe space for these individuals to browse the tech landscape and see what roles are out there, without the unsolicited messaging.

When analysing this data, and when we talk about the early years market, it’s important to note that these aren’t necessarily people who have just finished university. They could also be people who have finished a coding Bootcamp like Northcoders, be a self-taught developer, or even a career switcher. There may be a negative bias towards people who go through apprenticeships, and the stereotype being that they are young and have a lower work ethic than say someone who went to university.

We’re trying to change the narrative around young talent. The first step of this is by relabelling our “graduate” roles as “entry-level” (providing they genuinely only require 0 years’ experience). At Haystack, we want to make entry-level jobs as accessible as possible to people who want to get into the industry. That’s why we don’t charge companies at all to post their entry-level jobs. If they are hiring for roles that require 0 years’ experience, they can be submitted to us and we will upload them completely free of charge. Years of experience do not equal skill level!

When onboarding, we ask users what technologies they are skilled in and what skill level they are. Our entry-level user's top 10 technologies are as follows:

Interestingly, Python is the number one programming language that beginners seem to start working with, closely followed by JavaScript. Python is known for being fairly beginner-friendly, as it prioritises readability. This means it’s much easier to understand and use as a beginner, and the syntax also uses similar words and terminology to the English language.

Python is also a technology that can lead to a variety of applications in different areas of tech. For example software engineers, web developers, but also data scientists and business analysts all use Python.

Unsurprisingly, JavaScript is the second most popular technology for beginners to learn. JavaScript holds a lot of the fundamentals of programming and is a language that runs across the entire software stack - both frontend and backend. It’s everywhere on the web and it’s the most popular programming language in the world.

When are techies looking to move jobs?

In a role, it can be easy to become comfortable and content. If you work in software development, one of the key skills is problem-solving and the ability to learn new technologies and skills. This is one of the contributing factors to why software developers move jobs on average every two to three years, compared to the average of five years across industries.

Haystack analysed our data on when users apply for roles, looking at trends in the most common days and times for this to take place. Wednesday is by far the most popular day to apply for a new role. Hump day really is a thing - it’s halfway through the week and the first half has been a slog. This is when people are most likely to decide to click apply on those jobs they’ve been browsing and saving.

Below are the top 10 most popular days and times to apply for a new role.

Interestingly, Sunday and Monday don’t appear at all in the top ten. We anticipate that this may be due to busy schedules and individuals having less downtime on a Monday to be able to browse. What do you think?

Why are software developers changing jobs?

1. Opportunities to learn and upskill

Software developers are continually learning - it’s part of the job! So finding a role and company that allows you to learn and grow is invaluable.

Haystack has lots of roles on the app that state specific learning and development budgets for individuals, as well as some allowing staff to have afternoons off to work on their own projects. As a company benefit, this really shows candidates that you’re investing in your staff and prioritising learning.

Reviews are everywhere now, as consumers we’re often turning to TripAdvisor for recommendations and as candidates, we’re looking at Glassdoor. We’re all turning to our peers to gain information on others' experiences, so we don’t make the same mistakes.

Culture is subjective, so what works for one individual might not work for another. This is why Haystack surfaces as much information as possible about a company, and a job, so that users can make the decisions on the information portrayed. We recently announced our Top 100 Culture Champions, where we ranked over 2,000 companies in the computer software industry and looked at things like employee benefits, and Glassdoor ratings.

We know that people don’t need to be in an office to get their jobs done. The workplace post-pandemic especially is looking significantly different from pre-2020. Employees are demanding a more flexible schedule and an improved work/life balance, and this includes working from where they want.

Whether you work in talent acquisition or employer branding - it’s important to align your company values to everything you do both internally and externally. Whether that’s posting on social media, or creating salary transparency in job advertisements, the candidate experience doesn’t start once they submit a job application. The candidate's journey starts from when they see a social media post, or an advert, or read the job description and look at your Glassdoor reviews. Ensuring these are all aligned will allow for a more seamless experience for candidates and new employees.