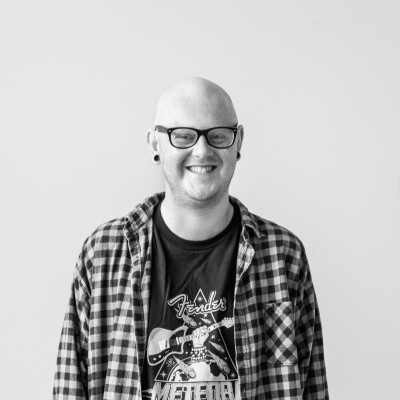 What can we learn about the future of tech from the war in Ukraine?

On February 24 2022, the world watched on aghast as Russia launched a series of devastating airstrikes on cities across Ukraine, including the capital Kyiv, followed by a large-scale ground invasion. Tech and technological innovation have always gone hand in hand with, and have often been accelerated by, the horrors of war. However, as we’ve observed the events that have unfolded across Ukraine over the last nine months, it has become strikingly evident that the role of tech in warfare is shifting, and that the influence that big tech companies now have on both conflicts, and the geopolitical stage as a whole, is unprecedented. Ukraine's vice president, Mykhailo Fedorov, has stated that the conflict is “really a technological war”, despite the massive destruction seen in cities across Ukraine. So what does this really mean?

In an increasingly connected world, militaries are more reliant than ever upon the services of tech companies to be as effective as they can be on the battlefield [9]. This is largely down to the changes in weaponry that we’ve seen over the 21st Century. When choosing who to provide or refuse these services to, tech companies now have a direct influence on politics that hasn’t been seen previously. Due to the increasing proliferation of social media, and the internet in general, in society, these companies also have indirect influence when they choose which cause to promote, and which to censor. In 2019, Ofcom stated that 49% of the population now gets their news from social media, and this number has likely increased over the subsequent three years. Websites such as YouTube now take first-hand accounts of war and place them in the palm of your hand  - never before have we had such unfettered and raw access to the reality of warfare. Ultimately, this shift in power and focus in favour of big tech companies has left us asking - what does this mean for our future?

The technological advancements we have seen in weaponry since the start of the 20th Century are astounding. When World War I started just over 100 years ago, soldiers were still using horses and muskets - the invention of the automatic machine gun by the end of the war in 1918 was seen as an incredible, albeit massively destructive, step forward. Fast-forward to today and militaries have access to destructive and autonomous technology such as unmanned drones, and missiles that can be fired remotely over long distances with pinpoint accuracy. The implications of this shift in how warfare is conducted are far-reaching, and the connection to tech is both conspicuous and alarming.

These advancements in the technology of weapons present an entirely new set of issues to deal with. Science fiction has been obsessed with ‘killer robots’ for as long as the genre has existed. Whilst the futuristic dystopias portrayed in Hollywood by films such as Terminator, Blade Runner and RoboCop still seem like distant and unlikely scenarios, parallels can be drawn between these and the conflict we see before us. Now, more than ever, we see the use of increasingly autonomous weapons such as unmanned drones and missiles shaping the course of the war in Ukraine. Whilst these weapons are not yet, and are unlikely to ever be, sentient machines with the capabilities to go ‘rogue’ on their creators, as the aforementioned films would have us believe, the power to decide who lives and who dies is increasingly being placed in the hands of algorithms and technology. Tech companies are seemingly very aware of the moral implications of this; only last month, six of the leading robotics companies, including the acclaimed Boston Dynamics, pledged to never weaponise their creations. However, this leaves the market open for companies such as Philadelphia’s Ghost Robotics, who notably have not joined the pledge and openly focus on military and government sales. It will be interesting to see how Boston Dynamics' ethics hold up if they start losing serious financial ground to their more morally ambiguous competitors, such as the level of investment in the military, and in particular advances in weapons technology. We also have to ask, how much moral responsibility should tech companies be taking? If the money lies in which company can create the most autonomous and destructive killing machines, the future of warfare will be shaped by which tech company is willing to take this the furthest, not by who has the most money. Clearly, when it comes to how far (and how destructive) advances in autonomous weaponry will go, the power lies squarely in the hands of the biggest tech companies.

It’s not just who can build the most dangerous weapons that will have influence over the geopolitical sphere. Governments and militaries are increasingly reliant upon the services of tech companies to be able to operate effectively, and as such, who these companies decide to provide their services to has a major impact on which way the war goes. For example, this is seen in the role SpaceX has played in the invasion of Ukraine. When Russia first crossed the borders, its intention was to cripple the infrastructure of Ukraine to such an extent that they were left with no choice but to surrender to Putin. One of the first services targeted was Ukraine’s internet connection, and with good reason - with no access to the internet, this would leave both Ukraine’s military and citizens at a serious disadvantage. However, Elon Musk quickly stepped in and provided Ukraine with access to his Starlink internet system, free of charge (until recently, at least). Without this, Ukraine would have had no satellite imagery to help them prepare for incoming attacks, no access to their drone division which has proven to be pivotal in pushing the Russians back, and its citizens would be cut off, from both each other and the world. Tech companies are no longer dragged into the conflict by their respective governments - they have a key role to play in influencing the direction of the conflict.

Another example of this is Google’s decision to disable live traffic functions in Ukraine, as they knew this could give Russia key information about the location and movements of Ukraine’s military. At the same time, Canadian space firm, MDA (which specialises in satellite imagery and geo-intelligence), received special dispensation from their government to provide Ukraine with detailed information about the movement and location of Russian troops. Again, this represents a major shift - the decision to restrict and provide services by Google and MDA respectively gave Ukraine capabilities they didn’t have before, and arguably handed them the advantage that enabled them to push Russia back towards their own border. The Russians would have assumed they had the advantage in this field, due to their much more advanced space program. Ultimately though, this advantage has not been decided by how much money each government has put into tech research and innovation; it’s being decided by which services tech companies want to provide or restrict to whom.

It is not just on the battlefield that big tech is wielding its influence. As soon as Russia invaded, pressure started to be put on big tech companies to withdraw their services, in an attempt to squeeze both the Russian people and the economy. On the very same day as news broke of Russia’s invasion, US President Joe Biden publicly stated “I’m authorising additional strong sanctions and new limitations on what can be exported to Russia. This is going to impose severe costs on the Russian economy, both immediately and over time”. It is estimated he cut off more than half of Russian tech imports after this, in an attempt to “degrade its industrial capacity for years to come”. [5] Social media has had a bigger influence than ever, with Facebook allowing calls for violence against Russia on their platform in an unprecedented move, whilst censoring any pro-Russian viewpoints. Russian media was widely banned by big tech firms in the wake of the initial invasion, with Meta, Twitter and YouTube all taking public stances against Russian state media such as RT, resulting in what some have called a ‘digital Iron Curtain’. Alongside this, we also have more access to war. A quick search on YouTube returns countless examples of GoPro footage from troops pushing back the Russians - we can literally see what the troops on the ground are seeing, from the comfort of our homes and thousands of miles from the horrific reality of war. Tech firms are not just influencing how the war is fought; they are also deciding how the war is perceived by the wider world and can use this public pressure to influence wider social and economic decisions.

So what does all this mean for the future? It is clear that tech firms are no longer staying quiet, or are no longer able to stay quiet due to the risk of irreversible damage to the public’s perception of them. As we can see, they are also no longer being dragged into the conflict by governments requiring their services - tech firms are independent, and powerful, and decide their own strategies in this post-modern world, and they are very aware of it. Unlike governments, tech firms have no permanent allegiances; their next moves will be dictated by their morals and their profits, and the geopolitical goals they set for themselves, which can shift in a heartbeat. We are already moving towards a future where the support of a company like Google could be just as, if not more, important than gaining the support of the world’s superpowers. Ultimately, one thing has become clear from technology’s ever-growing role in the Ukraine-Russia conflict - the more the support of the biggest tech companies is coveted, the more control they will have over the world.