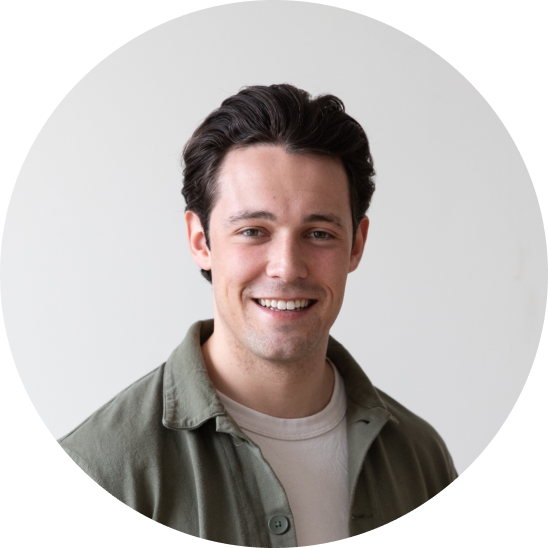 I'm Mike, the co-founder of Haystack. Welcome to episode three of the Haystack: Tech Uncovered podcast where I'll be chatting with tech leaders, disruptors, academics, and innovators about all things technology, software development, and culture.

Today I'll be speaking with James Heggs. James is the co-founder and CTO of TechReturners, a learning and coaching community-based in Manchester. They're committed to removing barriers that a lot of returners face after a career break from tech, as well as tackling the skill shortage and technology by empowering people to move into technology careers, and providing continuous support, all the way from junior engineer to tech leadership, really interesting conversation, and we cover a wide variety of topics, ranging from tech entrepreneurship, gender diversity issues, changing careers, and future tech advancements. I hope you enjoy the episode.

All right, well, welcome to the podcast James. So you're the co-founder, and CTO of TechReturners, which is a super unique business and in my opinion, serves quite a niche but a really important, segment of the tech community. I wanted to just kick off the podcast by asking, what role do you play in the business? What actually is TechReturners? And what problem are you solving?

Thanks, Mike! That's a really nice compliment. So yeah, at TechReturners, our focus is on enabling individuals to return to their tech careers. And so these are individuals that have had prior engineering experience. So software engineers, you know, we've had people that have worked for some huge organisations, and then for reasons to themselves, they've had a career break, a lot of the time that might be parental caring responsibilities, or, health or any kind of reason for career break, and then are now looking to return to their engineering careers back into tech and return to tech - and a part of where the niches that you mentioned.

One of the challenges is that tech moves really, really fast. And a lot of the practices frameworks have moved on from those clear apps, and we essentially just refresh those individuals with the skills and that people are utilising currently. And then in terms of my role, so co-founder and CTO, but my focus is on making sure that our curriculum or the material we cover for those returners is relevant to the industry really, making sure that we are always described as ahead of the curve. And what especially large enterprises are utilising in terms of software stacks, tech stacks, making sure we're on that curve with a view to also see what's coming down the track to make sure we're refreshing people with skills that organisations actually need.

So how do you actually identify those skills in the curriculum then? Because obviously, technologies come and go, as you mentioned, there are huge buzzwords, and then three, four years later, that could be kind of left to the left of the sideline, really. So obviously, the technologies like React, like Vue, like Angular, are the big JavaScript frameworks. But how do you actually pick the ones that are going to be most useful for the organisations that you partner with?

Yeah, that's a great question, because it comes down to whether we take a broad sweep of technologies, like you mentioned React there. So React is one of those where you go, well 80% of organisations as a rough estimate, are using React on their frontend single page application. So let's cover that.

And we kind of look at what is common across organisations, another one of those choices we often have to make is on the cloud provider, you know, this kind of, there's lots of cloud providers out there, the three main being GCP, AWS, and Azure. In market share, AWS have the biggest share still, but what it comes down to is we try and make it modular so there's an underlying core of what you need to cover as an engineer and that translates irrespective of the tech stack. So the principles behind React are similar to the principles behind say Vue. And if you cover it that that underlying fundamentals aspect, then you can layer in the framework or topic specific concepts. So for example, number one might be Java and C#. So the underlying principles of design patterns, Don't Repeat Yourself, solid principles, object oriented design, translate irrespective of whether it's C# or Java, then you layer in specific to the organisation. So for example, we don't we're working with an organisation that is C#, we don't upskill in Java for our returners, because there's no point they're going to go into a C#, .NET.

That's interesting. So you kind of get the fundamentals, you start with the fundamentals and then build on those. That seems to be the university approach, but a lot more granular than the university approach. I mean, when I studied at Newcastle Uni, and it was always, you work your way up from assembly, into the kind of object oriented languages, and they build the fundamentals from there, and then kicked off into the big bad world to find your footing. Personally, it didn't feel like to me that there was any real element of genuinely partnering with businesses, with a mindset of this person would be an ideal fit, based on his skill set his programming capacity for organisation X, for example.

The word you said is partnerships. So we'll meet with the sponsors and really get to grips with their tech stack. Even just subtle things, you know, if we go in and say, let's create a curriculum that talks about lambda functions and serverless, but at some reality in the organisation is that a lot of stuff they do is on premise, and it's on virtual machines or servers? Well, there's no point is going down this kind of shot in this Chinese serverless microservices approach, if the reality is very different. So yeah, we we spend a lot of time understanding the actual true reality of how applications and software is deployed at that organisation as well.

Yeah. So the audience that tech returns services, I think it's probably safe to say not an audience that everyone would necessarily recognise. And I'm as guilty of that as anybody, I think. So why did the idea actually come from and how did it actually develop and mature into into a business?

Yeah, so we, myself and my co-founder, Becky, it was born from a experience of returning to work following career break that Becky had, and losing a sense of network, you know, because she'd been out of work, and then also being the only parent on leadership team and experiencing the things that come alongside that, and then thinking actually, they must not be alone here.

Then Becky set up Women in Tech North. Just got, I think nearly 2000 members, maybe more now and we're finding that actually, this is a thing. And then Becky and I went into the business really at the time as a consultancy, really nothing to do with it. The Turner's went into business as a consultancy, to help organisations grow, we'd worked at the same organisation, and we wanted to help other organisations grow. So when I joined an organisation when I was the only full time staff member, there were three people in ours, the first employee, and then we grew to about 100 people by doing that same organisation from a people standpoint, a HR standpoint. So we wanted to help other organisations go through up to that kind of scale and grow.

During that time, we trialled just a very initial proof of concept return programme. And it was actually Becky's idea. So in partnership with Barclays at the time, let's return a programme, there was no commercial model behind it at all. But we just wanted to find out if people were looking to return to their technical careers, and basically if there was an audience for it. And we had, I think, there were like 14 people but we had applications. We didn't do any marketing behind it or anything like that, and we actually had people apply and get on the phone. It covered kind of coding, web application development - really nothing like what we do now. But those individuals, quite a few of them ended up in back in engineering careers. They went to AO, AutoTrader. Yeah, it was amazing.

Then we thought, well, let's let's do another one, then did a second one. Again, like I said, there's no cost, it was all free. And there was no charging to businesses or anything like that. There's literally no commercial model. And then we got more people to apply, enabling more people to go on into tech careers. Then that's when we thought actually let's see what we can do here, I think we've proved that there's a talent pool.

So we say for one of a better description of people looking to return, let's find out how to commercialise it. We always be we wanted to retain that accessibility, so we wanted it. We didn't want to put returners in a position of having to pay for something. You know, it just felt wrong to have to charge people to return to careers that they've already been successfully doing, And they'd just had a career in. We didn't want to make it the boundaries for the programme so high that you would have do it full time. Because even if we weren't charging for them, if they went full time without a revenue stream, that after, you know, you either bring in grandparents for childcare or source childcare, so we wanted it accessible to anyone.

So we thought, well, how can we? How can we monetize this, you know, earn a living off it without losing that value of accessibility, both from a price point and a time commitment? That's when we stuck upon the model of working with businesses and we still kick ourselves to this day that we our first client was the BBC.