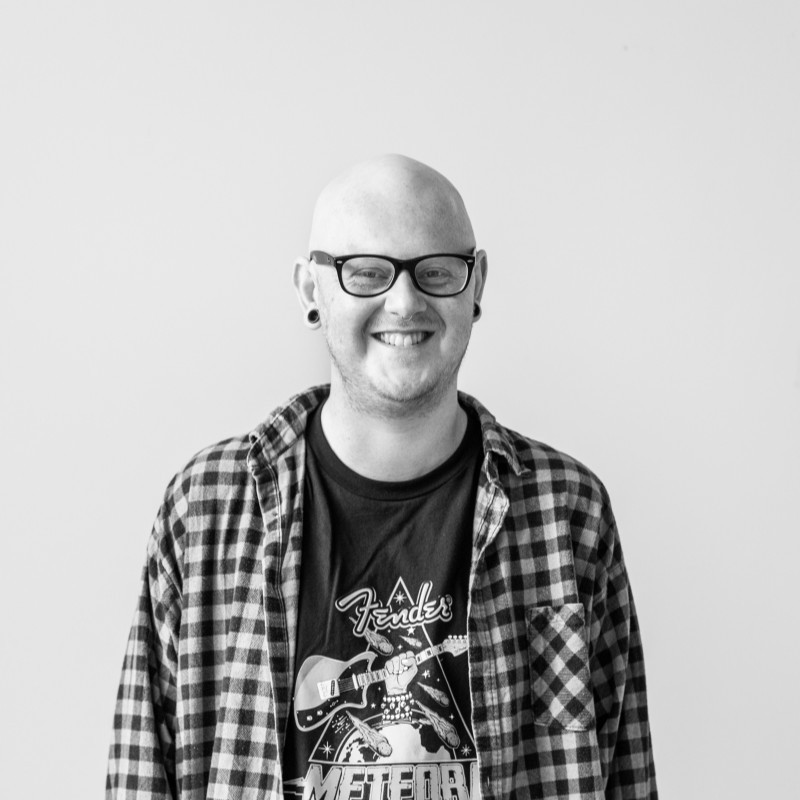 Hey Alex 👋 Nice to meet you, do you want to give a quick introduction to yourself?

I’m Alex, 28, from Leeds and currently in the process of changing career and re-training as a Software Developer. Prior to this, I was a Probation Officer for about 5 years, primarily working with those deemed a high or very high risk of harm to others. I have the pleasure of re-training with Northcoders on their 13-week bootcamp which is funded by the Department of Education for qualifying students.

You made quite a drastic career change, considering you were previously a probation officer. What triggered that change?

I thoroughly enjoyed my work within Probation, particularly building positive relationships with those under my care and supervision, and my simply fantastic colleagues who were extremely supportive, even when I decided to leave. Unfortunately, Probation can be very emotionally taxing due to the types and level of offences I was frequently dealing with. As is common in public services, I felt very burnt out by the work and simply moving from deadline to deadline without much reprieve or time to focus on building my practice. I had looked at tech with some envy for at least a year and had noticed how many were not only encouraged, but required, to progress their skills and make sideways steps to new tech stacks with relative ease. After accepting that my concerns within the service weren’t changing soon, I made the decision to make the move and re-train.

Are there any skills or parallels you can draw between your previous employment and computer development?‍

Certainly as the market has evolved I’ve noticed a need for skills in the tech sector that can be filled from non-traditional backgrounds. Particularly the need for inter-personal and stakeholder engagement skills. These “soft-skills” are something I had a good level of development in as a PO, needing to build working relationships with people of a variety backgrounds, often at point of significant change and confusion in their lives and guide them through it. As part of the trade I also had to deal with a level of animosity and ambivalence, sometimes aggression, which while may be behind me, did teach me the importance of reacting in a calm and decisive manner. Having needed to go in and out of several prisons as a requirement of the job pre-covid, some of which were maximum security, I have pretty much obtained every level of civilian security vetting there is which helps with roles in FinTech or dealing with sensitive data.

You’re currently undergoing a Northcoders bootcamp. Why did you choose the bootcamp route, rather than being self-taught, or going back to university?

I think as most Northcoders do, I started out as self-taught, feeling out if coding and the world of tech was really for me. Getting in from a long day of work, doing what I needed to do around the house and then getting in a couple of hours of coding was proving tough for me, and I wanted to do it full-time. I’d already been to university once for a degree and then again whilst qualifying as a PO, and knew there was a growing narrative around university level knowledge not being strictly needed to get a foot in the door. I’d had my eye on Northcoders for some time, another common factor among students, and was particularly drawn to its proven record of high-standard learning outcomes, scholarship options and focus on bridging the tech skills gap with career-changes such as myself. I knew I’d picked the right pathway for me on the very first day, as my cohort lead introduced himself as not only a NC grad himself, but also ex-probation like myself.

What technologies do you work with, and why do you like/choose to work with them in comparison to others?

When I first started self-teaching I began with Python due to its growing usage and as I wanted to build my understanding of Backend Development. Currently I’m building my foundations in JavaScript in a full-stack capacity. This has proven to be a very useful start point as JavaScript's functionality in both Front and Backend applications will allow me to generate a firm understanding of not just the code, but working practice in different areas of the industry. JS is a common start point for most getting into tech as I understand and will certainly act as a spring-board to other languages I may end up using. As my time on the course progresses I’ll be proficient in SQL, Node.js and React.js. There may well be others but I’m trying not to look too far ahead!

Climbing the career ladder in tech can be a bit daunting, especially for those just starting out. Do you have any advice for those looking to make the switch to tech?

For those making the move over to tech who are certain it's for them, it is very daunting thinking of starting at the bottom again and going without a salary whilst you do so, however it has certainly made a world of difference to me. I’m no longer feeling drained and anxious about my workdays and despite the current concerns of energy prices and money woes, I’m the most emotionally and mentally balanced I’ve been in years. Despite being on the bootcamp just less than a month I’ve had businesses and recruiters alike looking to set up calls and interviews for positions ready for when I graduate. This has almost entirely been due to the fact I’ve lived a life in a different career and brought those skills with me as I move into tech. Furthermore, I have been humbled by the welcoming and supportive nature of the software community, from other NC grads to heads of departments in established software companies wishing me the best and offering to help where they can. There is no other way than to just go for it, and I’m certain you’ll see what I mean.

Thanks Alex. Best of luck with the rest of your bootcamp!